Considered an essential business, American Waterworks will continue to serve its customers in need of home repairs while we follow CDC guidelines to protect our customers and employees during the COVID-19 pandemic.

Effective systems to remove hazardous vapor from your soil

Environmental soil pollution can enter buildings and homes through a process called vapor intrusion. Vapor intrusion is the migration of volatile organic compounds (VOCs) that have high vapor pressure and low water solubility. They can be present in contaminated soils or groundwater.

When these contaminants are present in the soil there is potential for vapor migration through the surface soils into surrounding buildings, thus potentially impacting the indoor air quality and posing a health risk to the building inhabitants. This exposure is receiving increased attention by regulators, in many states and represents a significant liability risk for building owners in an evolving regulatory climate.

Unlike radon gas, which occurs naturally, the hazardous elements mentioned above are man made. They enter the soil because of accidents or industrial activities. When buildings are constructed near or on top of contaminated soil, there's a risk of hazardous vapor intrusion.

If you're concerned about vapor intrusion, American Waterworks can help. Contact us today to learn more about how we can provide you with quality vapor intrusion testing and mitigation. We offer free estimates in Rochester, Fargo, Minneapolis and nearby.

Get a FREE Quote!

Since hazardous vapor intrusion into buildings is often associated with soil contamination, the Environmental Protection Agency has done considerable research in this area. The EPA provides basic information about vapor intrusion as well as detailed guidance for vapor intrusion mitigation (also called soil vapor extraction). This EPA vapor intrusion guidance is important for all people throughout the United States to accept and use to take action.

The most common solution is to install systems often used to reduce naturally occurring radon that seeps into homes in some geographic areas. These systems, called radon mitigation systems, remove soil vapors from below basements or foundations before they enter homes.

As your local National Radon Defense Contractor, we can provide you with several quality soil vapor extraction options, including: 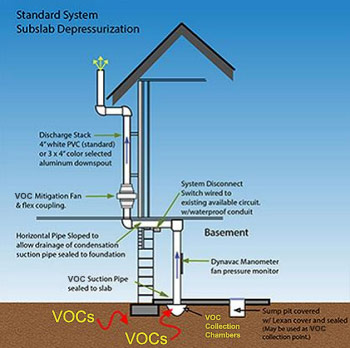 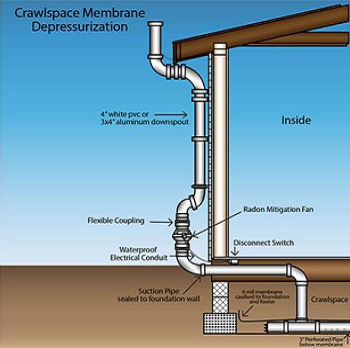 Get complete vapor intrusion mitigation in your home

American Waterworks is proud to be a member of the international National Radon Defense network, which has worked with Environmental Engineering firms all over North America in installing Vapor Intrusion Mitigation Systems. We understand the importance of sealing, depressurizing, and communicating all the entry points of the vapor intrusion.

For an environmental cleanup project of this nature, we understand you need a company with experience to get the job done right. We are your trusted local experts for soil vapor extraction and indoor air quality services, so call us today to get started! We offer free estimates in Rochester, Fargo, Minneapolis, Saint Paul, Mason City, Bismark, Grand Forks, Valley City, Jamestown, Alexandria and throughout the surrounding areas.