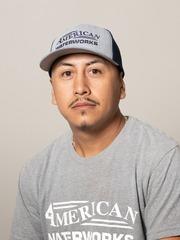 In his spare time, Jorge likes to spend time with his family.

Customer Reviews
About Me

"Good Afternoon,  I wanted to applaud you guys on the..."

“We would like to give a shoutout to our crew of Raul B, Jorge, and Eduardo, and our Design Specialist, Rick, for providing an excellent experience for our...”

“We had 4 inches of rain and no water in our basement after our waterproofing system was installed! The office staff was great. The system design specialists,...”

“The office staff went above and beyond when there was a small misunderstanding. The Design Specialist explained everything very well. The installation crew was...”

Back to Previous Page Back to Meet The Team